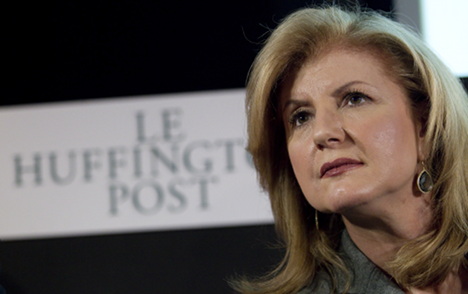 Huffington Post said on Monday that it would be teaming up with the Burda publishing group’s Focus Online news magazine to launch a German-language site. Based in Munich, it will go live late this summer – before the September election. It already has sites in Italy, France and the UK, among others.

The announcement caused a stir among the country’s journalists and bloggers, many of whom took to Twitter to voice concern about the fact the Huffington Post does not pay many of its columnists and relies on a small, paid editorial team.

Germany’s main journalist union the DJV tweeted about the HuffPo’s arrival, calling for “action against the unpaid mentality.”

Büchner, 46, will take the reins of both the print edition and the Spiegel Online website, which previously were lead by two different people, Georg Mascolo and Mathias Müller, respectively.

Appointing one person to head both sections would, the magazine hopes, build bridges between the two departments.

The decision took weeks to make but the magazine’s staff seemed pleased with the outcome, welcoming Büchner with a long round of applause as he entered the Berlin newsroom. The main offices are in Hamburg.