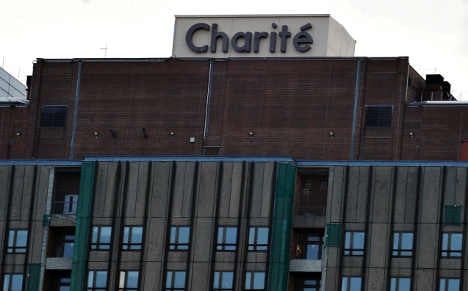 The Charité hospital in Berlin returned the ancestral remains at an official ceremony after a 2008 agreement with Australia for their repatriation for “a dignified burial”.

Most of the skulls and skeletal parts arrived in Germany in the late 19th and early 20th century and were kept in various Berlin collections, a hospital statement said.

In some cases their origins and the circumstances in which they ended up in Germany is not known.

“It is believed that German explorers received some skulls from local collectors, however the reliability of these sources is uncertain,” it said.

“In some cases trade with indigenous people and grave robbery took place.

“In general, the remains were acquired and transported to Germany for the purpose of anthropological studies and investigations,” the statement added.

The Charité, one of Europe’s largest university hospitals, said it had been the first scientific institution in Germany to sign the agreement with Australia.

“We respect and support the wishes of the indigenous communities of Australia to bury ancestral remains in accordance with their religious beliefs and within the vicinity of their ancestral territory,” Charité head Karl Max Einhäupl said at the ceremony.

In September 2011 Germany handed back 20 skulls taken from Namibia a century ago, at a formal handover featuring tribal leaders, government officials and descendants of Herero and Nama victims massacred by German imperial troops.

The skulls were among an estimated 300 taken to Germany after a slaughter of indigenous Namibians during an anti-colonial uprising in what was then called South West Africa, which Berlin ruled from 1884 to 1915.