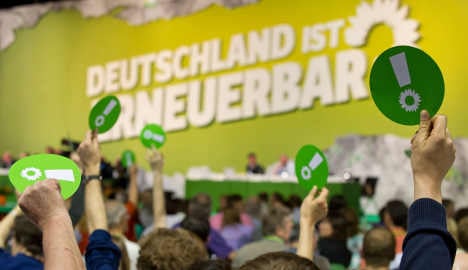 The party also wants to increase property tax on assets valued at over €1 million to 1.5%. It estimates that the measures would raise €100 billion which it says it plans to spend on education, childcare, environmental projects and reducing debt.

Also included in the proposal is the eventual scrapping of marital tax benefits and the immediate capping of advantages for married couples.

The Greens have also pledged to increase tax-free income from €8,130 to €8,700 to ease the burden on medium and low-earners. Party co-leader Cem Özdemir said the decisions were a “clear message of relief for 70% of the population.”

Planned tax increases threatened to become a divisive issue for the party after Green Baden-Württemberg state premier Winfried Kretschmann criticized the proposals in an interview with the Süddeutsche Zeitung on Friday. “I consider too great a tax burden to be problematic.. I don’t think you can raise two taxes in one legislative period,” he told the paper.

Reaction to the Green Party’s proposals was swift. FDP election candidate Rainer Brüderle said “Whenever the Socialists manage to come up with anything, it’s always got to include raising taxes.” He accused the SPD and Greens of trying to out-bid each other on the issue. “Greens want €40 billion more in taxes,” he said, adding that Germany’s current levy of €600 billion in taxes was higher than ever before.

But Green party politician and Schleswig-Holstein state finance minister Monika Heinold was unafraid of sending out a clear message. “Yes, we the Greens will raise taxes, and we’re saying that before the election,” she said, adding “voters aren’t in the mood for rose-tinted glasses.”