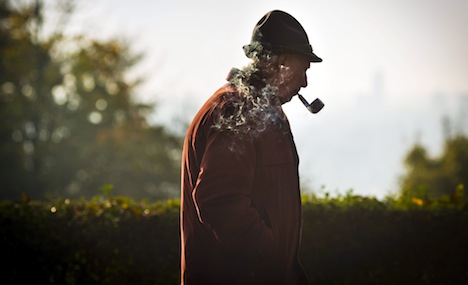 A move to make sure older criminals can get off with lighter sentences has come up against criticism from politicians who believe it would be unfair, wrote the Westdeutsche Allgemeine Zeitung on Tuesday.

The initiative by the Federation of German Criminal Police Officers (BDK) wants to ensure judges take elderly criminals’ age and personal circumstances – such as growing age-related poverty – into account when handing out prison sentences or fines.

According to BDK figures, six percent of all criminals are currently over 60 and 70 percent of them are first-time offenders – many of them discovering the possibilities of online fraud.

André Schulz, head of the BDK, told the Hamburger Morgenpost back in February that pensioners are driven to crime because they cannot pay their rent or buy their food. And, said Schulz, Germany’s rapidly aging population will mean the proportion of criminals over the age of 60 will only rise in the coming years, wrote the paper.

But critics of the scheme – such as North Rhine-Westphalian Justice Minister Thomas Kutschaty – say giving pensioners breaks in the same way as juveniles is both superfluous and potentially ageist.

“The regional government does not see a need to introduce a separate criminal law for senior citizens,” wrote Kutschaty on Monday in a reply to a parliamentary inquiry by the regional opposition Conservative (CDU) fraction.

Under existing law, wrote the minister, judges can already take into account personal circumstances – including age – as well as the effect of the punishment.

Also, he said, the demographic shift has not yet seen rocketing numbers of pick-pocketing pensioners.

Between 2007 and 2011, the number of convicted criminals over the age of 60 in North Rhine-Westphalia – Germany’s most populous state – has only risen by 59 to 7,540, representing a rise of from four to 4.2 percent of all convicts, said Kutschaty.

Meanwhile, it was wrong to compare senior citizens to juveniles, he said. Young people could be let off lighter because they were not yet mature enough to see consequences of their actions – not something which could be said of pensioners.