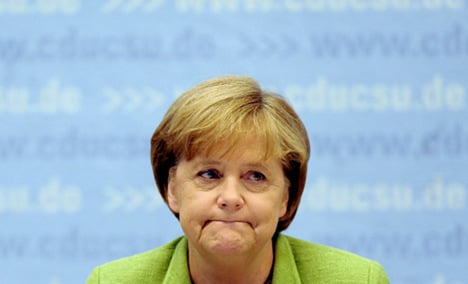 Time puts out a list each year of who it believes are the world’s most influential people. 2013’s edition includes figures such as US President Barack Obama and newly elected Pope Francis, as well as pop culture icons like rapper Jay-Z and director Steven Spielberg.

The list is not ranked but is more of a who’s who of the political, financial, media and sporting world, decided on by both readers and the editorial team, the Süddeutsche Zeitung newspaper reported.

Merkel was one of 35 women who lost their spot this year, including Christine Lagarde, head of the IMF (International Monetary Fund).

Obama made it into the list for the eighth year running, nestled next to North Korean dictator Kim Jong Un and South Korean President Park Geun Hye.