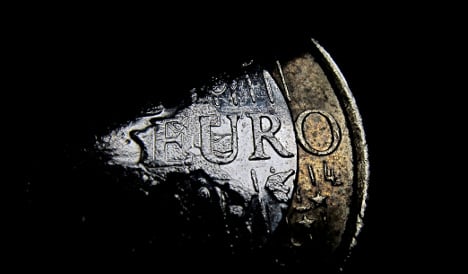 A final tally by the Bundestag, the lower house, showed 486 deputies voted for

the measure, with 103 against and 11 abstentions.

MPs also overwhelmingly backed a deal by eurozone finance ministers giving Ireland and Portugal an extra seven years to repay aid they have received to allow them to consolidate progress.

Eurozone finance ministers formally approved on Friday new terms for the Cyprus debt rescue that will cost far more than first thought – €23 billion rather than €17 billion.

Eurozone partners and the International Monetary Fund are to provide €10 billion of this amount while the Cypriot government will have to find the rest.

Germany will kick in about one-third of the international assistance. The debt rescue involves a radical restructuring of Cyprus’s bloated banking sector, with an economy heavily dependent on financial services now expected to shrink by up to 12.5 percent over the next two years.

Finance Minister Wolfgang Schäuble had urged MPs to back the Cyprus bailout, citing the gradual recovery of other stricken eurozone members as evidence the aid-for-reforms strategy worked.

Speaking to the Bundestag, he said that countries such as Portugal and Ireland had shown that tough budget cutting coupled with international assistance could save a debt-mired country.

“Both have undertaken enormous efforts, are fulfilling the requirements of their [rescue] programmes and are on the right track,” he said.

Schäuble also noted substantial progress made in the last three years in taming the eurozone crisis, with economic progress such as a hike in exports from southern European countries as well as a sharp drop in public deficits.

Striking a conciliatory note, the usually tough-talking Schäuble noted that Germany’s preaching of austerity in Europe sometimes lacked compassion for the sacrifices made by the people of crisis-battered countries.

“In our country in particular where the euro crisis is not felt in everyday life we must issue a reminder that the people in Greece, Portugal and Cyprus are going through tough times,” he said.

But he stressed there was “no other way” than fiscal discipline to achieve sustainable long-term stability and growth.

Polls show that Germans strongly back the crisis-fighting strategies of Chancellor Angela Merkel and her fellow conservative Schäuble, with five months to go until a general election.