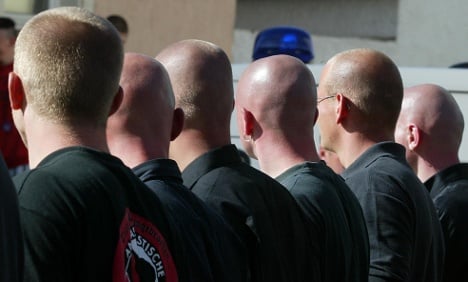 A far-right inmate pact based in the central state of Hesse – the existence of which was confirmed by Hessian Justice Minister Jörg-Uwe Hahn on Tuesday – is now thought to have had members in at least three further states.

“Our information shows that contact was made from inside prisons in Hesse to a network of right-wing extremists,” said Hahn. “It indicates a nationwide network of associates.”

After searching cells of several suspects in prisons in Hesse, authorities said they had found evidence of communication between them and neo-Nazis interned in jails in Bavaria, Berlin and Schleswig-Holstein.

The network, named “AD Jail Crew 14er,” is thought to be the brainchild of 38-year-old convict Bernd T., a repeat offender from Kassel currently interned in Hünfeld in the Fulda region of Hesse, who authorities believe began initiating written contact with other neo-Nazi prisoners around the country in April 2012.

Disguised as a prisoners advocate organisation, Bernd T.’s network is thought to have used contacts on the outside to supply funds to neo-Nazi convicts while in prison and after their release. Investigators are now looking into whether the network should be banned as an illegal organisation.

Bernd T. is also thought to have sought links with members of the neo-Nazi National Socialist Underground (NSU) terrorist cell, including Beate Zschäpe, who is currently awaiting trial in Munich and whose name and prison address was found on a list in his cell.

The revelations that the network went undetected for so long have dealt a further blow to German authorities still reeling from a chain of police and intelligence errors and cover-ups in connection with the NSU cell.

“In Germany the phenomenon of national socialist networks has still not been sufficiently pursued,” said Michael Hartmann, domestic affairs spokesman for the opposition Social Democrats on Thursday.

In response to the revelations andin an attempt to limit the damage, regional authorities have said they will raise vigilance in prisons.

“We will prevent the members from communicating further,” said Hahn on Thursday. “We will be training prison warders to identify the neo-Nazis’ secret symbols, code words and tattoos,” he added.