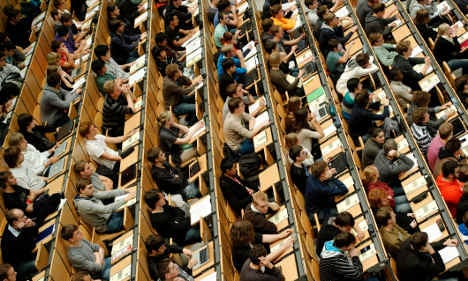 Overall the number of new students dropped by nine percent to 106,300 for both summer and winter enrolment for 2012/2013, but the Federal Statistics Office, which released the figures, said this mainly had to do with a statistical quirk.

Still the statisticians were able to detect a 2.7 percent increase in the number of women students wanting to become engineers, a profession long-dominated by men not only in Germany but elsewhere.

Male enrolment dropped by 12 percent, but the data office appeared unconcerned, noting that patterns appear to be returning to normal following a big increase in 2011, mainly from men who no longer had to take time off between secondary and university studies because military service was no longer required.