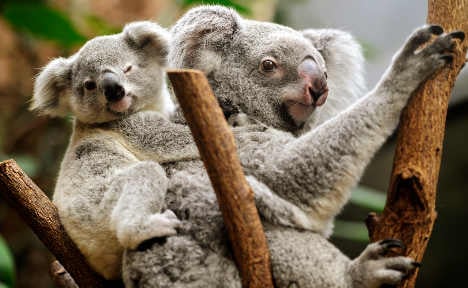 A combination of cold weather and shops opening later on Saturdays is keeping visitors away from zoos in the western German state. And as if that weren’t enough, companies are pulling the plug on crucial sponsorship deals too.

“The long winter has badly affected us,” Ilona Schapper, deputy director of Dortmund Zoo told the Rheinische Post. “We need a lot of visitors to our zoo for our financial turnover,” she said. A lack of people entering through the turnstiles is resulting in a dramatic situation, she added.

This long winter is exacerbating a situation that has been deteriorating for many years. Large companies are becoming more reluctant to pump money into the institutions.

German energy giant RWE recently cut its €5 million sponsorship of Duisburg Zoo, and Air Berlin, which used to finance the koala house, has also pulled out. The airline formerly brought over the eucalyptus leaves eaten by koalas for breakfast, lunch and dinner, from Florida free of charge.

North Rhine-Westphalia boasts several major zoos within close proximity of each other, as well as a number of smaller aquatic centres. But zoo directors are not keen to address the question of competition directly, “We all offer something different in terms of animals,” Schapper said, a sentiment many of her counterparts in the surrounding zoos shared.

But one colleague said “No city, no director, no politician wants to give up their zoo. That’s why everyone shies away from the topic.”

Almost all zoos are in the hands of local authorities, whose own coffers are far from bulging. “The running costs alone eat you up,” said Schapper, stressing that “zoos are open 365 days a year. Staff, electricity, feed: that all costs a lot.”

Dwindling finances have put necessary restoration works at Duisburg Zoo on hold. Its monkey house badly needs to be restored, and the restaurant terraces at the main entrance no longer meet fire safety requirements.

The animal population has halved in recent years. Adding to the zoo’s woes, the dolphin pen, which had been a major attraction and unique in the region, has now closed.

“The question is no longer if, but rather, when the first zoo will close down because it can no longer be financed” one zoo director told the Rheinische Post on condition of anonymity.