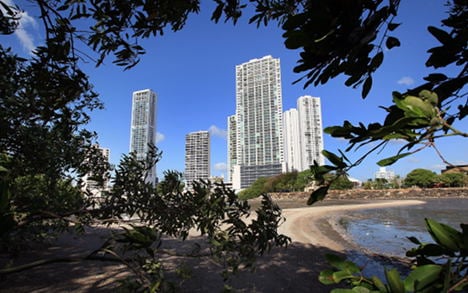 Panama has long been a relatively low-profile tax haven where “more than 50 percent of cross-border investment is not taxed,” tax expert Markus Meinzer told the Süddeutsche Zeitung on Wednesday.

The paper obtained the information from the country’s national records after a searchable database was published by UK-based hacker on his blog.

The records apparently contained data on a number of Germany’s richest companies and individuals – including some with billions of euros in assets – that were listed as directors or owners of companies registered in Panama.

Meinzer said that he could see no legitimate reason why someone who lived and worked in Germany would have an offshore company in Panama. Low taxation, he said, had led to shady goings-on in the country’s business world.

Both Porsche and the mega-rich Piëch family – involved with the leadership of the Volkswagen group – flatly denied investing in Panama for tax reasons.

Publishers Hubert Burda and one of Germany’s richest women Silvia Quant told the paper they knew nothing about their Panamanian financial connections uncovered by the Süddeutsche Zeitung.

Meinzer, from the Tax Justice Network organisation, said he believed that an influx of the super rich registering in countries like Panama can have serious consequences for a nation’s infrastructure due to debts accrued from a lack of tax revenue and increased taxes on average earners.