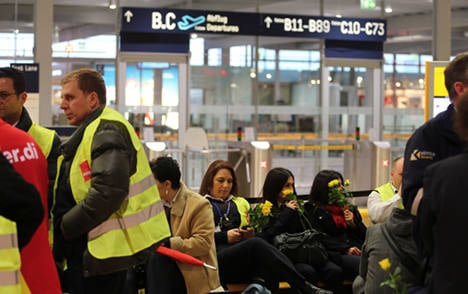 The strike is Cologne-Bonn’s fourth in 2013 already and the seventh strike at a North Rhine-Westphalian airport, as worker’s union Verdi pushes for the state’s 34,000 security workers to receive a 30 percent pay rise.

Around 150 staff members walked out at 4am and over the course of the day this number could rise to around 220, Verdi spokesman Özay Tarim said. This would be almost all of the travel hub’s security workforce.

At least 50 flights – arrivals and departures – have been cancelled, including commuter flights connecting Cologne with the country’s capital, Berlin. Germanwings alone has scrapped 26 flights.

Chairman of Germanwings, which is a subsidiary of Lufthansa, Thomas Winkelmann has denounced the repeated striking, likening it to “taking passengers hostage” and causing airlines millions of Euros in damage, regional newspaper the Westdeutsche Allgemeine Zeitung reported.

Previous discussions have ended with employers offering an increase of between five and nine percent. According to Verdi, security staff tend to earn between €8.23 and €12.36 per hour.