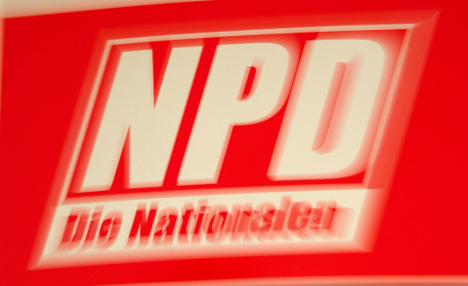 In a ruling published Tuesday morning, Germany’s Constitutional Court said it found no grounds to allow the NPD to open a case on the matter. The judges also denied the NPD’s claim that the current political debate on whether to ban it was prejudicial and functioned as an effective ban in itself.

The verdict confirmed the right of state institutions, such as the government or the regional interior ministries, to argue whether NPD can be constitutionally banned.

The court, based in Karlsruhe, southern Germany, also denied a further NPD claim that the parliament and the government were violating its rights as a political party by claiming that it was an anti-constitutional organization.

The Bundesrat, the upper house of the German parliament, is preparing a case to have the NPD banned on constitutional grounds in the coming months.

Chancellor Angela Merkel’s government also announced a plan to bring its own suit last week, though the junior coalition partner the Free Democratic Party (FDP) subsequently forced Interior Minister Hans-Peter Friedrich into an embarrassing u-turn by denying that any final decision had been made.