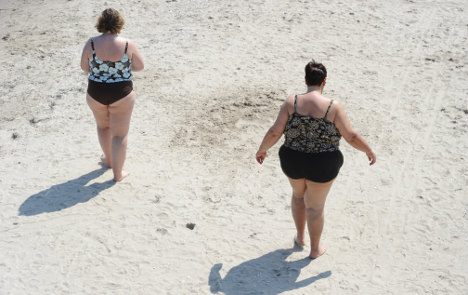 He told Die Welt newspaper that he and his team had observed that “people react to a stressful, uncertain circumstances in two different ways. Some eat and become fat. The others refuse food and become thin. The ones who become really ill are the thin ones. The fat ones are in comparison with the thin ones, much healthier.”

Being thin was in itself not a problem, he said, but those who lose weight when under stress were in danger.

“Those who have no stress and are thin – they do the best,” he told the paper on Wednesday.

“But when under stress one becomes either fat or sick. We have to worry much more about the thin stressed people than about the fat stressed people. Yet they are not regarded widely as having a problem – as they are thin. But in fact they die earliest.”

He told the paper he and his team had looked at what they called toxic stress – environmental problems which a person cannot change, such as poverty, bullying and abuse.

People who put on weight when under this toxic stress have the nutrients to supply their brain. “When it does not get them from external sources, it gets them from inside, from muscles and even worse, from the organs. Thin stressed people are the least healthy people.”

He also seemed to suggest that being overweight was generally a reaction to stress. “If you look carefully there were or are stressful circumstances for fat people who do not seem stressed. But these people have found a solution. They have become stress tolerant and in return, get a balanced mood. But they have to pay a price for this – eating.”

There were anti-stress therapies which he said were effective in the longer term and could alter eating behaviour and lead to weight loss. But he added that there was no ideal weight – rather, he told the paper, “each person has an ideal survival strategy for their period of life, and the associated weight.”

He said society’s animosity to fat people puts them under psychological and real pressure. “There are studies which show that fat people earn less, are more likely to be fired and are more often bullied. The beauty ideal of being slim contributes much to the unhappiness of fat people.”

“Society needs to change, not fat people,” he said.