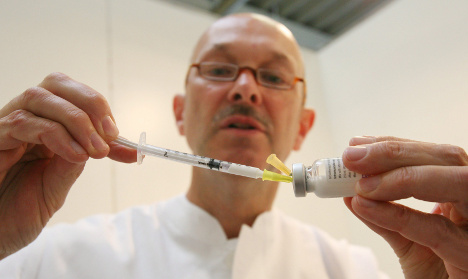 The number of influenza cases reported has skyrocketed to 3,311 since the beginning of this year – compared to roughly 150 for the same time period last year, according to official figures from the Bavarian State Office for Health and Food Security.

The office, however, noted that it is difficult to compare this year’s flu season with last year’s, as the season started significantly later last year and was much milder.

A more comparable flu season was the 2008/2009 one, the Bavarian health authorities said. During that season the peak of flu activity was seen in February.

The Robert Koch Institute has also labeled this year’s flu season as a “strong” one, saying someo 21,200 cases have been reported in Germany since October, with 36 laboratory-confirmed deaths from the flu.

The institute says relief is not in sight and expects the number to increase. Only in eastern Germany and in Berlin is flu activity somewhat weaker. The country is also currently being plagued by typical colds.

Viruses are having an easier time this year in Germany, according to Dr. Petra-Reis-Berkowicz, because winter temperatures were overall mild and “many people therefore don’t wear heavy clothing. The risk of infection increases and viruses have more easily transmitted.”

Shortages of the flu vaccine last year in some states adds to the woes, she said.

Normally in her office some 700 to 900 people get the flu shot. This year it was 150, due to vaccine shortages.