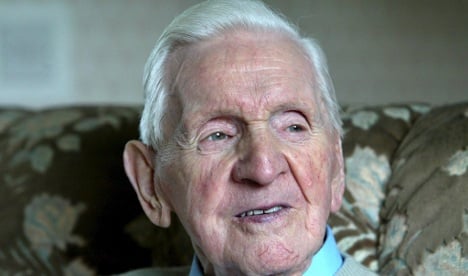 Junior defence minister Andrew Murrison, who is in charge of overseeing the commemorations, told The Guardian newspaper that it was among the initiatives in the early stages of planning.

“Football has a particular part to play because of the totemic significance of the Christmas truce in 1914,” the international security strategy minister said.

Children from Britain and Germany might be involved in a match or a tournament on the battlefields where soldiers put down their weapons to play football in the no man’s land between their respective trenches.

“We have been in touch with Football Association and the National Children’s Football (Alliance) to see how this can be done. I know they are enthused and have already clocked the fact that other countries are thinking along similar lines.”

He said staging a match in the Flanders fields of Belgium and northeast France was “a no-brainer” in terms of reaching younger people.

“It is clear the Christmas truce is going to be commemorated in a very significant way,” he said. “It had no real relevance to the outcome of the war but at that deeply, intensely, personal level, it is something that people really do latch on to.”

The British government has set aside €60 million for the World War I commemorations. Alfred Anderson, the last-known British veteran of the Christmas Truce, died aged 109 in November 2005.