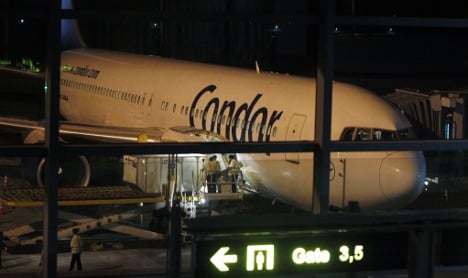 The administrative court in Rüsselsheim, Hesse, is responsible for hearing all legal claims against Condor, and has seen the number of cases rise from 247 in 2009 to 2,482 in 2012.

“The number of cases has gone up by a factor of ten,” Peter Kramer, director of the court, told the Frankfurter Rundschau newspaper. He confirmed that four new jobs had been created to help deal with the flood of work, which continued to grow.

The paper said judge Hans-Peter Borchert who works at the court, often had to deal with new aspects to compensation for delays and cancellations which were not covered by German or European law. He said he welcomed the efforts being made to settle on a concrete compensation law for airline passengers.

“The punctuality of the Condor fleet enjoys a high priority and was significantly improved over the past few years,” he told the paper.

Each case was examined individually, he said, and attempts were made to reach a settlement. But should an offer be rejected by the passenger, business reasons dictated the case be taken to court.

The cases were, “overwhelmingly decided in our favour,” he said.

But the Frankfurter Rundschau said this was not necessarily the case and that the court told its reporters that most cases were decided against Condor.