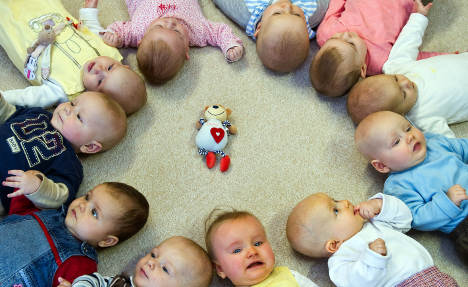 Published in an interim expert report commissioned by the government and obtained by the magazine, the information showed that support payments the government makes for children are not very effective.

The German system of providing significant tax benefits for couples has “little effect” and allowing spouses to be included, at no cost, in the national health insurance plan is “particularly ineffective.”

It said there were some positive effects from Germany’s family policies, but these had “undesired side effects.” The report came out of a research project backed by both the family and finance ministries.

The government was hoping for an overall evaluation of its marriage and family policy support during the current legislative period, but publishing the complete report before the federal elections later this year is seen as unlikely, the magazine wrote.

Researchers tried for the first time to determine the long-term effects of government support policies. It concluded that the actual costs of increasing the children’s support payments “are around double what the nominal direct costs are.”

This happens because women work less, and therefore the government collects less in social security payments. The best return on public investment is for money used to support daycare.

As much as 48 percent of what the state invests in childcare programs gets returned to public coffers, the report said.