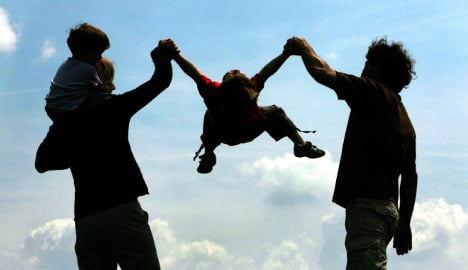 Childless Germans under 50 said the most common reason they had not plumped for parenthood was that they had not found the right partner, figures in the German Families Ministry’s Families Report 2012 show.

Younger people said they were put off because they saw parenthood as a complicated balancing act – and were unwilling to walk the tight rope between work, life and children.

The numbers show a shift compared with ten years ago, when most childless Germans said they had been putting off having babies due to financial concerns about whether or not they could afford it.

However, 34 percent now said the reason they had not had children was because they were uncertain about what their future held – which could be partly due to concerns over job security.

The report supported the recent findings of researchers from the Federal Institute for Population Research, who in December said that a quarter of German women born between 1964 and 1968 did not have children primarily because they believed motherhood was incompatible with pursuing a career.

The figures can be seen as a blow for the German government in its drive to raise the country’s dismally low birth rate, Die Welt newspaper said on Thursday. Any government financial or social incentives could not compete against personal reasons for putting off having children, the paper said.

In the latest measure, the government said it would grant children under three a legal claim to a place in a nursery or with a child carer from August 2013, although recent data showed the country was behind schedule in providing capacity for this.

Worldwide, Germany is one of the countries with the highest number of childless women, but Families Minister Kristina Schröder remained optimistic on Wednesday. The new report showed signs that the German birth rate would slowly begin to increase, she said.

Figures showed a rise in the number of people who said they wanted children and suggested that more women who want children were putting off having kids until they were at least 30. Furthermore, said Minister Schröder, the number of well-educated people having children was back on the rise after several years of decline.