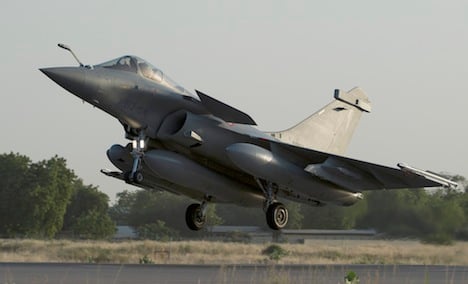 “We are considering whether to provide logistics support or humanitarian aid,” Merkel told public broadcaster NDR late Tuesday in her first public comments on the situation in Mali.

Germany might also provide transportation assistance for the French military offensive aimed at stemming the advance of Islamists in Mali, added the chancellor.

She also stressed the danger of letting Mali fall into the hands of extremists.

“Failed states can mean drug smuggling, terrorist attacks and new floods of refugees, therefore it would not be right simply to refuse an international request for aid,” she said.

If the rebels were to get the upper hand, then the desired political process towards peace would become impossible, Merkel cautioned. At the same time she recalled that Germany has other commitments, such as Afghanistan where it is the third largest provider of foreign troops with around 4,300 military personnel.

“One should not forget that Germany is militarily very active in other areas, for example in Afghanistan and in Kosovo, where other countries are not so active,” she said.

“We need to ensure that our other missions can continue safely and then the military can decide what offer we can make, for example, in terms of transporters,” Merkel stressed.

Plans were currently “not finalized” but she emphasised that Germany “had no intention of participating in the combat operations.”

Separately, German Defence Minister Thomas de Maiziere said in a statement that Berlin was still working out, in coordination with France, exactly what form its aid to the mission could take.

“The support could be logistic, medical and humanitarian, so it does not just involve the Defence Ministry but also other departments,” the minister said.

On Wednesday, Merkel was to meet with Ivory Coast’s President Alassane Ouattara, current head of the Economic Community of West African States (ECOWAS), which is coordinating the African intervention in the conflict.

On Friday, France launched a campaign of air bombardments to halt a rebel southward advance seen as threatening the Malian capital Bamako.

A contingent of 750 French troops has been sent to bolster Malian forces against the rebels, who have controlled northern Mali since April. Defence sources said Tuesday France plans to triple its forces to 2,500 troops.