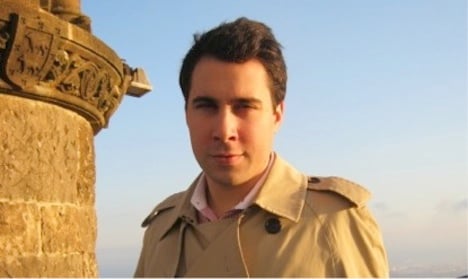 A management consultant by profession, 29-year-old Straub is happy to advise visitors about this Franconian city steeped in history.

What makes Nuremberg special for you?

Although it’s somewhat small – there are only half a million inhabitants – it has a great infrastructure for that kind of city. We have an underground and everything. Essentially we have all the advantages of a big city alongside the smaller, law-abiding, Bavarian way of life.

So does typical Bavarian culture play a big role in the city?

If you asked any Nuremberger if they are Bavarian then they’d say no – even though they technically are! Nuremberg used to be an independent city. So Bavaria is Catholic and Nuremberg is Protestant – we are quite different. Nuremberg is very proud to be not Bavarian but Franconian.

How does this influence Nuremberg life?

You would actually see the biggest differences in terms of sausages! It may not seem like an important thing for foreigners, but sausages are a really big deal here. In Bavaria they eat Weißwurst – white sausages – but we have small Bratwurst. We eat them all the time with potato salad and they are also the most popular form of local fast food.

Where is your favourite place to eat them?

Definitely at the Bratwursthäusle. If you want to get Bratwurst, this is the place. You can either just drop by and get them to go, or you can sit down inside. Most people don’t stay long though.

Where would you go for a drink?

Nuremberg isn’t actually a great place to go out. I like the Sky Bar down town, but other than that it’s very difficult.

So do you travel outside the city for a night on the town?

Yes. Erlangen is super nearby – only about 15 minutes away. Because the university is there it is a lot younger, and there’s more going on. Many people from Nuremberg go there rather than going out in Nuremberg itself.

Where else do you like to go to escape the city?

I sail, so I go to the lakes around the city, especially the Bombachsee. But we also have a lot of nature within the city itself. There are forests around it, and there´s a small lake called the Dutzendteich. We don’t typically go very far, because we have it all here.

Where do you go to get your cultural fix?

We have a lot of museums, and a very vibrant scene of new artists. My best friend is in a band, so I join him at a lot of events he goes to. My favourite venue is called k4 – it’s a place where young bands can get gigs. There are also at least 20 places where you can get underground music, which is quite a lot for a city of this size.

How would you spend your ideal Sunday in the city?

Can you tell me something about Nuremberg that only locals know?

Every tourist who comes to the city always visits the Schöner Brunnen fountain. There’s a ring within the gate surrounding the fountain and if you spin it, you’re supposed to get good luck. But every tourist who goes there spins the wrong one! They all assume that it’s the nice, small, golden one, but actually it’s the the ugly, dirty, dark one which is the same colour as the gate. So that’s the biggest mistake which tourists make!