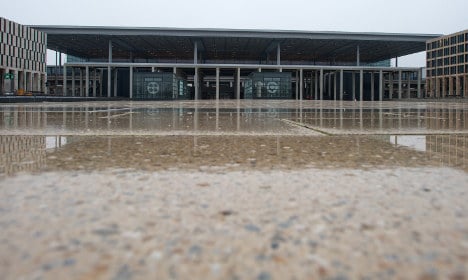 On Monday, Berlin’s mayor said the opening of the capital’s new main airport would have to be postponed from October indefinitely after several previous delays due to a series of technical issues.

The Berlin-Brandenburg Airport was slated to open its doors in June 2012 but has suffered multiple delays due to a raft of technical difficulties and construction errors. German media reports on Thursday suggested the opening could even be pushed back until 2017.

The new airport, to be named after former chancellor Willy Brandt, will eventually replace Berlin’s two existing airports, Tegel in the northwest of the city, and the southeastern-located Schönefeld, which is where the new facility is being built.

It was designed to finally end the vestiges of Berlin’s Cold War division and deal with a sharp rise in air traffic to the region in the two decades since the fall of the Berlin Wall and German reunification.

But “the problems are… very severe”, the new airport’s technical chief, Horst Amann, acknowledged in a radio interview, declining to offer a specific new opening date.

“2014 is a good number but I can’t commit myself to it now,” he acknowledged.

The main reason for the delay has been the fire detection system, Amann said, adding he could not rule out having to destroy parts that had already been constructed to resolve problems.

The debacle has prompted many questions and much head-scratching about Germans’ much-touted efficiency.

He worried that for German manufacturers eyeing contracts for major infrastructure projects in big Asian cities, near daily reports about problems with building works could tarnish the “Made in Germany” brand.

ZDF pointed to other troubled building projects, such as a controversial railway station in the southwestern city of Stuttgart or the Elbphilharmonie concert hall in the northern port city of Hamburg that are running millions of euros over budget. There have also been massive problems with a new U-Bahn metro line in Cologne.

Town planner Karlheinz Roessler laid the blame at the door of the system of governance.

“Politicians have monuments built. But mostly they are no longer around when the costs of the project they have begun have exploded,” he said.

So far no politicians’ heads have rolled as a result of the airport debacle.

Pressure on both Berlin Mayor Klaus Wowereit and the head of the Brandenburg state government — the region surrounding the German capital — Matthias Platzeck is increasing however.

Both men, who are from the centre-left Social Democratic Party, face imminent votes of confidence in their respective regional assemblies but are expected to keep their jobs.

Berlin’s two airports currently welcome around 24 million visitors a year, less than half the 56 million passengers who pass through Frankfurt’s airport in western Germany, even though the capital’s population is roughly five times greater.

Frankfurt has built its airport into the third biggest hub in Europe and serves as a continental gateway.