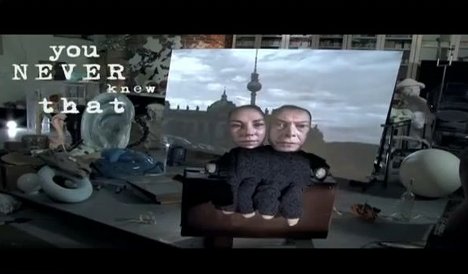 Where are We Now? is the first single from Bowie’s upcoming album The Next Day, which is expected to be released in March.

The song recalls his stay in West Berlin from 1976 to 1979, when he lived with Iggy Pop and Brian Eno in the city’s Schöneberg district and recorded some of his most critically acclaimed work at Hansa Studios near the Berlin Wall.

Bowie, who fled to Germany to escape the copious amounts of cocaine he had been doing in Los Angeles, opens the slow number with lyrics describing his life in West Berlin nearly 40 years ago.

Had to get the train/From Potsdamer Platz

You never knew/That I could do that

Sitting in the Dschungel/On Nürnberger Straße

A man lost in time/Near KaDeWe

The man once known as ‘The Thin White Duke’ ends the song by referencing the bridge where East Germans first breached the Iron Curtain in 1989, the Bösebrücke, also known as Bornholmer Brücke.

Fingers are crossed/Just in case

“Where Are We Now” – David Bowie from Jason Drakeford on Vimeo.