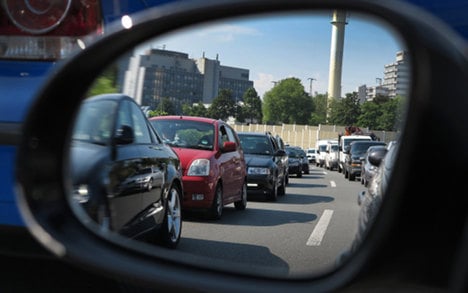 NRW’s traffic jams accounted for more than a quarter of all jams nationwide in 2012, drivers’ association ADAC told the Westdeutsche Allgemeine Zeitung – and its prognosis for the coming year looks little better.

Cologne, for example, has problems with ageing bridges that would mean shutting some off them off for repairs, spokeswoman Jacqueline Grünewald told the paper. “Things probably won’t improve in the new year,” she warned.

Grünewald’s prediction was backed up on many people’s first day back from the Christmas break, January 7, when 100 kilometres of traffic jams were recorded across the state.

Most affected seemed to be the A1 autobahn, said the ADAC, on which people sat in traffic for 8,800 hours last year. On the A3, drivers sat motionless for 8,600 hours.

The A40 between Venlo in the Netherlands and Dortmund was a little more free-flowing, racking up 5,900 hours of jams.