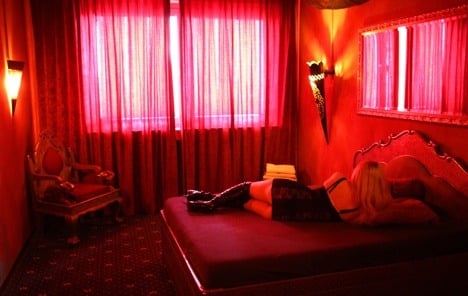 The Federal Court of Justice (BGH) published a ruling on Friday in the case of a qualified craftsman from the northeastern state of Mecklenburg-Western Pomerania, who met his wife while she was working as a prostitute.

In 2000, a full five years before they got married, he officially signed over to her the right to live in his home for free – even in the case of a separation. He also pledged to move out of his home if that were to happen.

In return, she promised to give up prostitution. The couple married in 2005, only to divorce in 2008, sparking a legal row over their home that ended up before the federal court.

The man had discovered that his wife had secretly taken up prostitution again only a year after signing away his home. She is also said to have started a relationship with her pimp.

The man cancelled his ill-advised gift, only to be sued by his former wife, who demanded he move out of the house. A regional court initially sided with the woman, on the grounds that the discretion with which she had carried out her illicit trade meant that he had not been publicly humiliated.

This ruling has now been overturned by the BGH, on the grounds of “gross ingratitude.” The court ruled that legal gifts can be taken back if the donor’s expectations – in this case, that the woman would give up prostitution – have been violated.