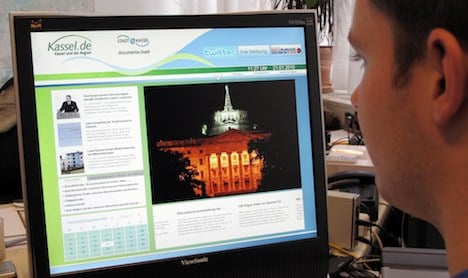 Results published on Sunday showed that Gutefrage.net, Deutsche Telekom, the retailers C&A and Otto, Check 24 and savings bank websites showed the strongest growth. The study was conducted by the market research firm Comscore.

The only US companies to make it into the top 10 were Ask Network, Ebay and Amazon. Last year six of the top eight websites with the most dynamic growth were from US companies.

But when it comes to downloadable apps, American firms were tops, with nine of 10 apps downloaded by Germans for Android-enabled devices coming from US companies. The top apps were Facebook. YouTube and the instant messaging app, WhatsApp.

The only non-US firm making it into the top 10 apps that Germans download was Rovio, a game manufacturer from Finland.

Three European companies made it into the top iPhone apps, including the television station RTL with its trainings app for who the show “Who wants to be a Millionaire?” (“Wer wird Millionär), the German game developer Wooga and Natural Motion from the United Kingdom.

The top downloaded app for iPhone in Germany was the game Head Soccer followed by Facebook and WhatsApp.