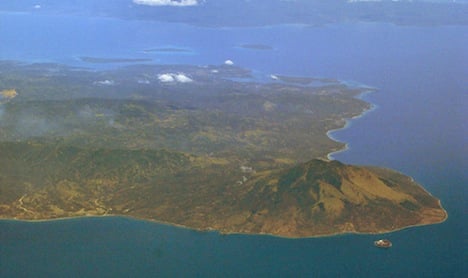 All three of the men are based in Australia, he said.

The Filipino who was piloting the small boat – the sole crew member – was missing after he attempted to swim ashore to seek help when the vessel was knocked over by huge waves in the Sibuyan Sea on Tuesday, he said.

The Germans and Australian were rescued Thursday by a passing freighter which found the men clinging to the outrigger of their capsized boat and took them to the central port of Iloilo, Celis said.

“They were weakened by lack of food and having been in the water for two days and two nights,” the officer said, adding that a notice had been issued for boats to be on the lookout for the missing Filipino.