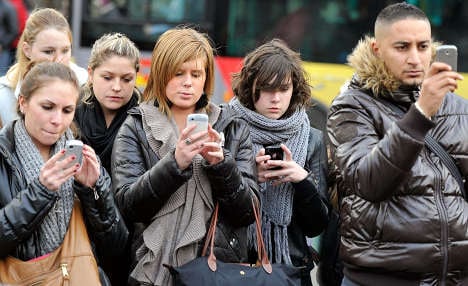 The new law would mean police did not have to be granted permission from a court to shut down wireless communications if they were faced with threats such as a mobile-operated bomb, hostage situation or shooting spree, the daily newspaper Süddeutsche Zeitung reported.

Saxony-Anhalt would be the first German state to allow this and critics are concerned that police might use their new power to switch off networks during mass demonstrations – something state Interior Minister Holger Stahlknecht firmly denied.

He said that the state’s governing coalition of Christian and Social Democrats sat down and agreed on a range of different situations in which shutting off mobile connectivity might be needed. “Demonstrations were absolutely not on the list,” he told the paper.

“Networks would only be shut down or interrupted if a situation seemed to pose a direct, serious threat to the state or country, or the life and limb, or freedom, of citizens,” said the draft.

It added that all mobile phone providers would have to make themselves able to be shut off. Turning them back on would be down to the police.

Rüdiger Erben, deputy chairman of the state’s Social Democratic parliamentary group, said redrafting the law was important because it was introduced in 1991 when far fewer people had mobiles.

In Berlin, police may only shut down communications networks without the permission of a court if they think there could be a bomb with a mobile-operated detonator. In Thuringia and Lower Saxony, a judge has to be present if police flip the off switch.