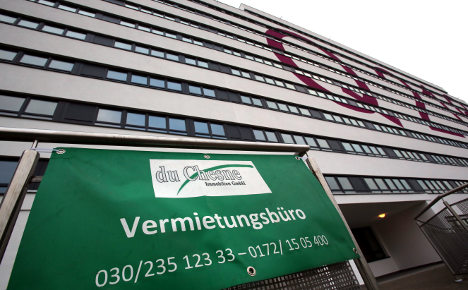 New rules to come into force in the spring will make it easier for landlords to forcibly and quickly eject tenants who do not pay rent or do not take care of their flats.

Up to now, landlords had to issue a warning before a rental contract could be terminated outside of the agreed notice period, but will no longer have to do so – if the tenant is late paying rent or a deposit.

The new rules were passed in parliament on Thursday with votes from the ruling Christian Democratic Union (CDU) and Free Democratic Party (FDP). However, the opposition and tenants’ groups say the new rules erode tenants’ rights and allow often considerable rent rises on new contracts to continue unchecked.

“The new rules will result in a drastic deterioration of tenants’ rights,” said Lukas Siebenkotten, head of the German Tenants’ Association. Rent rises for new rentals were likely to go “through the roof” as a result, he added.

Critics say that tenants will no longer demand a reduced rent for up to three months while their flat is being renovated for energy efficiency – for example when a landlord installs insulation and double glazing or upgrades the heating system.

This means that tenants will no longer be entitled to lower rent as compensation for enduring long periods of disruption, noise and mess.

But the government says the change will push forward the goal of increased energy efficiency in housing and give smaller landlords an incentive to renovate their properties without a loss of income.

Supporters say the new rules will also address ballooning rents in certain areas, by allowing regional governments to cap rent rises in particularly desirable districts to a maximum of 15 percent over a three-year period, compared with a current cap of a 20 percent rise.

But opponents of the new law are demanding a cap on rent rises for new rental contracts.

Green politician Daniela Wagner said that, in the face of exploding rental prices, it was surprising that the government had only introduced an upper limit for certain areas where flats were in high demand. Wagner and other opposition politicians called for the cap be introduced nationwide and for it also to be applied to new contracts.

Stephan Thomae, MP in the pro-business junior coalition partner the FDP, said a nationwide cap on rent rises would not make economic sense.

“Those who build or buy an expensive flat in, say, Munich need to receive appropriate rents to pay back their costs,” he said.

The issue is likely to remain high on the political agenda in the run-up to the national election next autumn, with the main opposition Social Democratic Party (SPD) saying it would guarantee better protection for tenants and kick-start a state-financed drive to create more affordable living space.