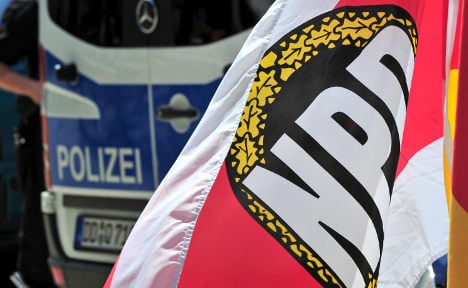 Lawmakers in the Bundesrat, which represents the country’s 16 states, unanimously backed a move to petition the Federal Constitutional Court to outlaw the National Democratic Party (NPD).

Just the western state of Hesse abstained in the vote, which came a week after state premiers announced they supported the move despite Chancellor Angela Merkel still having reservations about its chances of success.

In 2003, a similar attempt spearheaded by the federal government fizzled because the tribunal found that the presence of intelligence agents who had infiltrated the party’s ranks muddied the case against it.

The failure stalks the current proceedings, which were prompted by the discovery in November 2011 that a far-right cell was likely behind a rash of killings over a seven-year period in which most of the 10 victims were immigrant shopkeepers.

Merkel last week said the federal government would make up its mind on whether to support a new attempt to outlaw the party “in the first quarter of next year”.

“We have not yet formed our opinion. There is an impressive collection of evidence… but on the other hand, there are also, from our point of view, some legal risks,” she told reporters.

The Federal Constitutional Court alone holds the power to strike down a political party.

But only the federal government, the Bundestag lower house of parliament, which has also not yet decided on its stance over a new ban bid, and the Bundesrat can apply for such a ban.

Founded in 1964 with the help of former Nazis, the NPD has never won seats in the federal parliament and in 2009 scored just 1.5 percent of the vote – far from the five percent needed for representation.

It currently has deputies in two regional parliaments in eastern Germany.