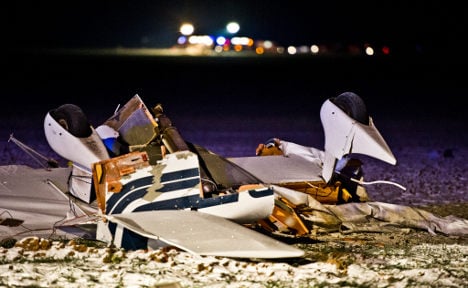 Lufthansa confirmed on Sunday afternoon that one of those at the controls was a pilot in its fleet.

The two planes crashed into a field near Wölfersheim near Frankfurt on Saturday, after colliding with each other. All those aboard died, including children in each of the planes.

Wreckage was scattered across about a square kilometre of ground, which was covered with snow, presenting a difficult job for accident investigators.

“It will probably be several weeks before we have examined everything,” said Ralf Weigand of the federal air accident investigation agency.

The planes were around 1,000 metres above the ground when they hit each other and fell onto the field near the B455 road.