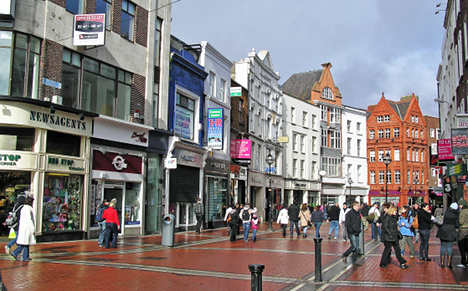 The victim from Munich had come to Dublin on a study abroad programme. He was with others on a balcony at a party in the south the city when they became involved in an argument with some younger passers-by early on Saturday.

A few people from the party then went went downstairs where the shouting continued. The teenagers left but returned at around 5:30 am, when the two German men were stabbed, the Irish Times reported on Monday.

The man who died received several blows to the abdomen, one of which apparently severed a main artery. Doctors in a nearby hospital pronounced him dead at 9 am. His friend, also 22, was thought to have mostly been slashed on his hands and should survive, said the paper.

Dublin police initially arrested a 16-year-old and a 19-year-old in connection with the attack, as well as a 40-year-old woman. The younger suspect and the woman were both released on Monday after being questioned.

“We are deeply shaken by the attack and are mourning with the deceased’s family,” said Herbert Schmid-Eickhoff, president of the MHMK media studies university where the dead man was studying.