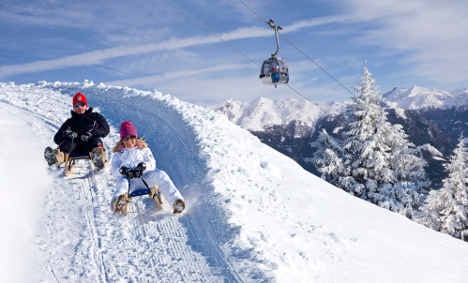 Wintry weather had already blanketed parts of the country with snow on Friday when the ADAC in Munich released the findings of its latest study on toboggan runs, or Rodelbahnen.

“There were runs where a massive barbed-wire fence runs directly next to the track, or there was an unsecured railing,” said Axel Arnold from ADAC southern Bavaria. “That really is not acceptable.”

Most of the runs are in Bavaria, where five of the 16 tested received a poor rating. The two best ratings went to Rodelbahn Hirschheckblitz in Ramsau, where the dangerous parts are secured and well-marked, and the Hocheckbahn in Oberaudorf in Bavaria, which had received a “poor” rating last year.

“That is really a positive example of someone taking the criticism to heart,” Arnold said. “The dangerous spots were effectively secured.”

All five of the runs tested in the Allgäu region received a poor rating for safety. They include the Naturrodelbahn Grünten in Kranzegg, which received low marks for ending suddenly on a steep road, and the Maria-Trost-Weg run in Nesselwang, which presents several risks to users, according to the report.