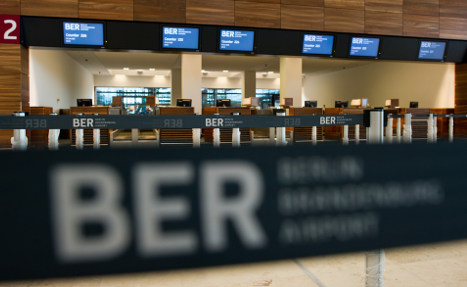 The new multi-billion-euro airport is due to open in October 2013 – a date settled on after this June’s date was missed by a mile, to the great embarrassment of the Berlin and Brandenburg state governments who were are behind the project.

They and the federal government run a corporation in charge of building the new airport which is due to replace both of the capital’s other airports Tegel and Schönefeld.

The Bild newspaper reported on Thursday that the airport could end up costing an extra €250 million, that is, if the work is ever completed.

Construction was halted after the last opening date was missed, and various managers as well as the architects, were sacked. But on Wednesday the Tagesspiegel newspaper reported that construction at the site had not resumed in mid-November as had been planned.

Experts told the paper they would not expect work to start again before the end of the year. The airport corporation has said that work would be resumed in stages, and confirmed that not all areas were being worked upon.

The Tagesspiegel daily reported this week that it had information that the problem was money, and that the construction firms were trying to get the best out of the situation – which the corporation was struggling to pay as its finances were in poor shape. It confirmed months ago that its liquidity was only secure until the end of the year. Berlin and Brandenburg states have each made €444 million available, but the €312 million due from the federal government has not been released.

Some companies, the Tagesspiegel reported, were refused to go back to work until they had been paid a deposit.

Another problem, insiders told the paper, is that just one of the construction firms has a contract that is linked to finishing on time. Many workers have been moved to other projects, and it will take up to six weeks for them to return to the BER site. Many companies have little interest in making things move along more quickly, the paper said.

Further concern was voiced over BER this week with the publication on Tuesday of a 75-page report by international airport designer Dieter Faulenbach da Costa. Commissioned by the Christian Democratic Union opposition in Brandenburg, the report is scathing about the basic concept of the airport.

It says that even as and when BER opens, passengers will get worse service than they currently do at the two old Berlin airports. They have 176 check in desks between them, the report says – but the BER airport is due to have just 112. Da Costa said work would have to start almost immediately to expand capacity.

This was rejected by the BER consortium which said it had planned enough capacity to deal with 27 million passengers a year and that the check in desk numbers had been agreed with airlines.

The main problem, Da Costa said, was that because regular passengers were going to be mixed with bargain ticket-holders, the non-discount airlines would refuse to pay higher landing fees – which could prove problematic for the airport’s long-term finances.