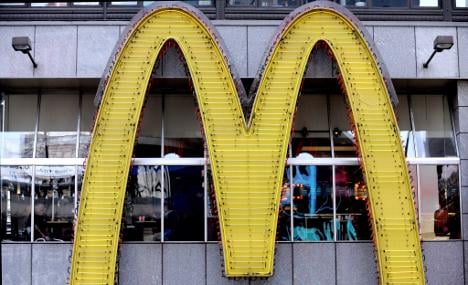 The two boys, aged 13 and 14, were so overcome with hunger during the night that they sneaked out of their house in Bergkamen, North Rhine-Westphalia, to get a fast food fix, regional paper the Westdeutsche Allgemeine Zeitung said on Tuesday.

All seemed to be going to plan as they made their way to the nearest McDonald’s – until at around 3:30 am they noticed a police car and panicked, thinking that their parents had realized they were missing and rung the authorities.

Perhaps delirious from hunger, they ran from the officers – who had not been sent by their parents – towards a car showroom. The 13-year-old jumped head first through the front window pane.

Luckily neither of them were badly hurt, but wound up facing the police who wanted to know what they were doing on the floor of the dealership, surrounded by glass. They were later treated in hospital for minor cuts and taken back to their parents.

“It was here that not only their getaway, but also their nighttime jaunt, came to an end,” said the police statement.