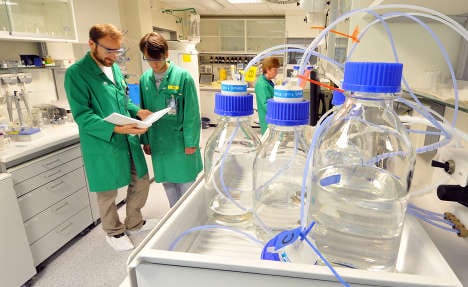 Fluorouracil, also known as 5-FU, is a chemotherapy agent used to treat bowel and breast cancer. It is one of the most commonly prescribed drugs for cancer patients worldwide.

But many of Germany’s top providers have stopped making the drug because it is not as profitable as other, more expensive ones. Of the six main companies which supplied 5-FU to pharmacies across the country, only one – Medac – is still is doing so, Der Spiegel magazine said on Sunday.

“The situation is starting to make us scared,” Thorsten Hoppe-Tichy, head of Heidelberg university hospital’s pharmacy told the magazine.

“It is only a question of time until we run into serious problems,” said Wolf-Dieter Ludwig, an oncologist and chairman of the drugs commission of the German Medical Association.

Teva, a huge Israeli generic drug company, used to send 200,000 ampoules of 5-FU to Germany each year. This covered around a third of the country’s needs.

Production was recently moved to Haarlem in the Netherlands, after which the company said that making the drug was not financially viable – an ampoule costs €3.90 in Germany. “One cannot economically market a sterile product of this kind with that,” said said Teva’s German head Sven Dethlefs. Other, more profitable drugs will now be made at Teva’s Haarlem facility.

And the situation appeared less than encouraging for north Germany-based Medac. “The production of 5-FU is not profitable for us, either,” said company chairman Nikolaus Graf Stolberg.

He did say that the company would be looking to take a different business strategy, by offering as big a portfolio of drugs as possible to make up for the fact that some drugs were less profitable.