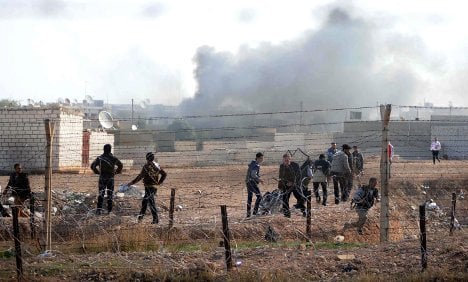 The Süddeutsche Zeitung newspaper reported on Saturday that government officials were discussing whether a parliamentary mandate would be needed to send the 170 soldiers which would be needed to staff two Patriot missile units as part of a NATO mission.

The Turkish government said ten days ago it wanted the air defence missiles for its border with Syria, where rockets from the civil-war-wracked country have killed several civilians.

As a NATO member, Turkey can call upon other members to help defend its borders and is expected to do so on Monday.

Only three NATO countries – the US, Netherlands and Germany – have the most advanced Patriot models, the PAC-3, which can be used against planes as well as rockets, the paper said.

And the German government is convinced it should contribute to such a NATO operation – Defence Minister Thomas de Maizière said as much on Thursday after a meeting with French, Polish, Italian and Spanish colleagues, the Süddeutsche Zeitung reported.

De Maizière stressed such an operation would only be to defend Turkey, and that German forces would not take any part in the Syrian civil war.

Initially, because the shift of rockets and soldiers would be within the NATO area, no parliamentary mandate would be needed to move them to Turkey, the paper said. But should the soldiers be in danger of becoming involved in fighting, such a mandate would be necessary – and the opposition could demand that in advance.

It remained unclear on Friday how many troops NATO would consider moving to Turkey. Germany’s airforce has 24 deployable units, each requiring 85 soldiers. A certain, secret, number of these are registered as ready for action as part of the NATO Response Force, and could be deployed within ten days of an order being given, the paper said.

Turkey’s border with Syria has been the site of missile strikes and fighting linked to the Syrian civil war. The government has accepted hundreds of thousands of Syrian civil war refugees, but is having difficulty providing for them and has already asked Germany and other countries for help.