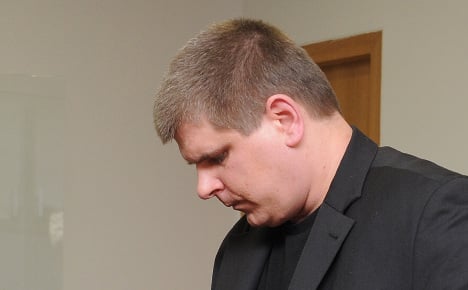 Judge Jörg Tiemann announced the new allegation at the start of the second day of Christian Goetjes’ trial on charges of embezzling around €274,000 from the Brandenburg Green Party between January 2010 and February 2011, when he served as party treasurer.

But in addition to that, the judge said on Thursday, “There are indications that the accused procures prostitutes for home and hotel visits.” The 34-year-old may even have continued to do so after the start of his trial, Die Welt newspaper reported.

A Berlin police investigator reportedly found that for the past several months, Goetjes had operated as a pimp for Bulgarian prostitutes using two computers, making the arrangements via a mobile phone registered under his mother’s name.

On top of that, he is also said to have driven the women to their appointments personally, arranged payment and taken half of the money as his cut. He had told the court last week that he lived on unemployment benefit.

Berlin state police submitted the new information on to the court on Wednesday – which was why, the judge explained, no witnesses could be called for Thursday. But one of the alleged prostitutes is to testify on Monday, November 26, when the trial resumes.

On the first day of his trial last week, Goetjes confessed to the embezzlement charges, but contended that he had taken the money not for himself, but to help the two Berlin prostitutes in question.

He said he met the first woman when she was working as a prostitute in the capital. Initially he paid to have sex with her, but later developed a personal relationship – and paid €20,000 for her to go to rehab to try to kick her heroin habit.

The court also heard that he started another relationship with a second prostitute who defrauded him of €200,000. She spun him a story about needing money to pay for her sister’s hospital treatment, and how she was being blackmailed by a creditor.