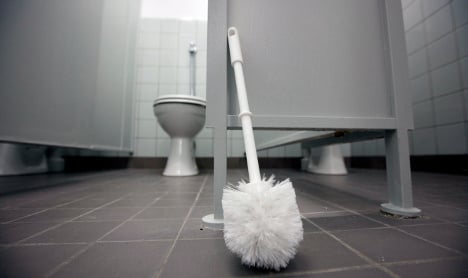 Doctor Nadia Tatros-Tajer told The Local she had treated many children with constipation and urological problems – because they were not using the toilets at their schools.

“I have a seen a range of problems like this, and after talking with the children, they tell me about the toilets at the schools – and they say they refuse to use them,” she said, speaking from her practice in the Borbeck area of Essen.

“It is the smell more than anything else that is putting them off.”

She said that hygiene at many schools seemed to be lacking. “A simple wipe is not enough to clean toilets. Children often miss the toilets, and all facilities should be cleaned thoroughly and regularly with a disinfectant.

“I have visited two schools, have an appointment at another and am in contact with a fourth,” Tatros-Tajer said.

She said she had started a campaign locally to raise money to pay to employ toilet monitors and cleaners in schools. “They should not only keep things clean, they should also be there to talk with the children about the importance of washing hands and so on,” she said.

“If parents would pay €1.50 for each child each month, it would be a good start, although we would also need sponsors and donations.”

She said she had been overwhelmed by the level of support from people in the area for her plan, but admitted that no sponsor had yet come forward to help.