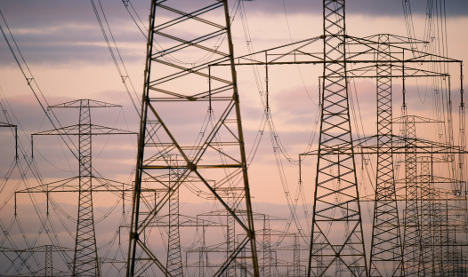 The average hike will be around 10 percent, it seems, now hundreds of providers have tweaked their prices ahead of next weeks’ deadline for new rates. The increases have been described as the biggest ever seen in generally price-stable Germany.

Vattenfall, the largest electricity provider in Berlin and Hamburg, was the most recent to announce rises: on Thursday it warned customers of a 13 percent price increase from 1 January 2013.

The move will affect 1.6 million households in Berlin and around 750,000 in Hamburg. It follows similar announcements from other providers. EnBW in the south-west is due to raise prices by around 10 percent, while RWE announced price increases over the summer.

Consumer groups and social organisation have warned of growing numbers risking ‘electricity poverty’ due to mounting bills. Vulnerable groups could be left unable to keep the heating on, they claim. Tenants in particular could be excessively burdened by the changes.

Hans-Joachim Reck, head of the Association of Municipal Enterprises, urged politicians to take action to improve the situation. “Electricity must be affordable for all social groups and for businesses”, he said.

The main reason given for price increases is the government’s guarantee of a rate for energy from sustainable sources that is well above market prices.

The biggest beneficiary of the environmental levy is the state, which is set to cash in €1.4 billion through the system in 2013.

Vattenfall manager Rainer Wittenberg told Die Welt newspaper that they were “collecting for the state”.

Germany is in the midst of a switch away from nuclear power towards sustainable sources, largely wind and solar. The government is committed to stop using nuclear power by 2022, and aims to be generating 80 percent of the country’s electricity by renewable means by 2050.

With consumers set to bear the brunt of rising energy production costs and the switch-over, environmental groups fear a backlash against the government’s energy policy.