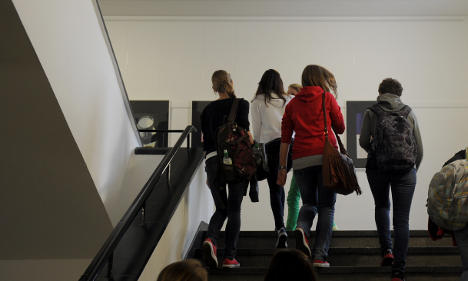 The German Federal Court of Justice has previously held that a teacher must be in a position to potentially influence the student over a “longer period of time” in order to face criminal punishment.

This sort of custodial relationship was deemed to apply to teachers in the classroom, but not to substitute instructors or teachers who serve as chaperones on field trips.

In one case, a 32-year-old teacher in the state of Rhineland-Palatinate was acquitted last December after engaging in a sexual affair with a 14-year-old female student, whom he met while chaperoning a field trip.

The appeals court in Koblenz found that the man’s behaviour was “inappropriate, indecent and irresponsible,” but said he was not culpable, since there was no “custodial relationship” with the student, who thus did not qualify as a ward.

Now state justice ministers from Germany’s 16 federal states are looking to tighten the rules, Die Welt newspaper said on Wednesday, ahead of the ministers’ annual meeting on Thursday.

Hesse deputy state premier Jörg-Uwe Hahn, who chairs the Justice Ministers’ Conference, told the paper that officials agreed on the need for clarification.

“In the future, this rule will not only apply to the classroom teacher specifically, but also to all teachers within a school,” he said.

If the penal code is revised, culpability would not hinge on whether the teacher in question is a substitute – and the rules would also apply to adult caregivers in other kinds of institutions, such as children’s homes.

“This behaviour is indecent and should therefore be subject to tougher criminal penalties in future,” Hahn told Die Welt.

The states of Rhineland-Palatinate and Bavaria will reportedly be in charge of drawing up a draft law – but it is still an open question whether Justice Minister Sabine Leutheusser-Schnarrenberger will back the plan.