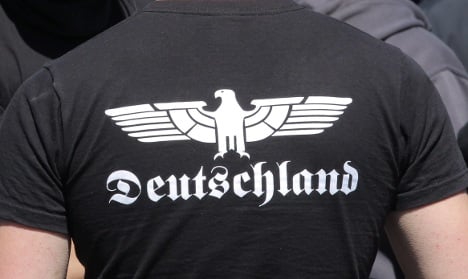 Just two years ago 10.5 percent of people in the east could be classified as having a “cohesive far-right world view”, the Friedrich Ebert Foundation said in a report released on Monday. This has increased by around half since then to reach 15.8 percent now, the report said.

During the same two years the situation in the west had largely remained stable, with the proportion of people thinking like fascists down slightly from 7.6 percent to 7.3 percent.

The economic decline in the east was a major reason for the depressing news, Oliver Decker, one of the study’s authors, told The Local.

“People with a good education, and women [of all levels of education], have moved away. We have seen a strong increase in the share of young people thinking like this, and this is strongly connected to a widespread feeling of hopelessness and lack of opportunity,” he said.

He said the money pumped into the east to prop up industry and rebuild the crumbling towns and infrastructure after reunification in 1990, has stopped having an effect.

“You can literally see the paint coming off these projects now. There is no more money and those who are still there see that they are in a region that has been abandoned.”

A lack of self-esteem and no clear personal identification contributes to individuals turning to far right thinking he said, while far greater efforts needed to be made to increase the levels of democracy at all levels of society, from schools upwards. Only then would people actually experience for themselves the importance of democratic systems, he suggested.

The most widespread far-right attitude was xenophobia, which affects 25.1 percent of the entire population, the study’s authors wrote. Hostility towards foreigners could be seen in around 20 percent of western Germans – and in 39 percent of people in the east. Those without work are most likely to be xenophobic.

East Germans aged between 14 and 30 are more likely to support the idea of a far-right authoritarian dictatorship than those over 60, the study showed.

Around one in 11 of all Germans are anti-Semitic, the study showed, while the easterners have for the first time overtaken the westerners in this regard – and a hatred of Jews is most widely-spread among pensioners.

Yet the general satisfaction with democracy as a form of government when compared with other options has remained stable at nearly 95 percent, the study showed.