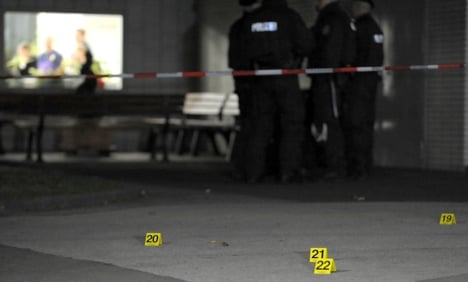 Carrying two handguns, the worker walked into the factory for a change of shift at about 10pm after having had a week’s holiday, the police said.

At the factory gate, the 38-year-old addressed a colleague by name before suddenly shooting him four times, leaving him seriously injured.

He then went to the factory canteen, where he fired three shots through the window at workers inside. Two men were injured by flying glass, police said. The worker then walked to the changing room, where he shot twice at his boss, seriously injuring him too, before committing suicide.

Witnesses testified that he knew the men he shot directly, and that he had singled them out from a larger group. Some witnesses also said that he had signalled to some people that he wasn’t going to attack them.

The two seriously injured workers, aged 54 and 42, are now reported to be out of danger, having undergone emergency operations.

Despite carrying out interviews with dozens of colleagues and family members on Saturday, police are still baffled by the shooting. The unnamed man did not leave a suicide note and was said to be a quiet, unassuming worker.

“We don’t see a motive anywhere,” police spokesman Frank Sobotta said. There were no indications of tension at work or in his family. The man was childless and unmarried, and had never been in trouble with the police. Police are also still unsure where he got the two weapons from.

“We cannot explain how this happened,” added Manfred Kremer, German spokesman for US manufacturing company 3M, which owns the factory. He said the man had been working for the firm for 15 years, and had always been considered a good worker. He added that though he knew his victims, he did not have a personal relationship with them.