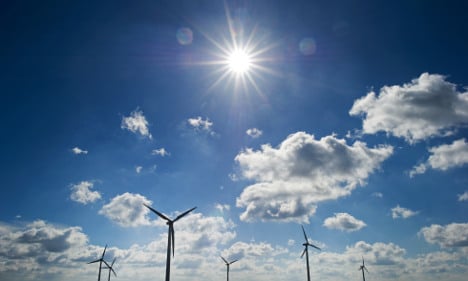 Germany exported the equivalent of the output of two large power stations – 12.3 terawatt hours – during the first three quarters of the year, according to a preliminary report from the German Association of Energy and Water Industries (BDEW), seen by the business weekly Manager Magazin.

Experts say the surplus is thanks to the massive development of renewable energies in Germany. Huge quantities of wind and solar energy have reduced prices. “The low prices mean that more energy is being exported from Germany to the neighbouring countries,” Bloomberg market analyst Brian Potskowski told the magazine.

The situation is particularly dramatic in the Netherlands, where energy providers are reportedly shutting down gas power stations to buy cheap German electricity.

German energy giant RWE confirmed that this was true. “We are seeing an increasingly closer interconnection among the European markets,” a spokesman told Manager Magazin.

This now includes France, the Netherlands, Belgium, and Germany. “The power stations of participating countries compete with each other, and electricity is produced in the stations that make the cheapest offer,” the spokesman said.

The BDEW said the export surplus was also due to German regulations. “German power station operators must keep sufficient capacities for safety reasons,” a spokesman for the association said. Power plants that have to guarantee supply during periods of high consumption also have to produce energy when demand is low, making surpluses often available for export.

But the export surplus does not necessarily mean there won’t be shortages in the winter – on particularly cloudy, windless days, Germany could still be dependent on energy reserves from Austria.