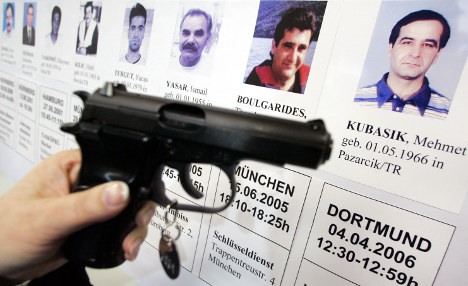 “I can understand that for many citizens – especially for the victims’ families – trust in the country’s security framework and its officials is badly damaged,” Hans-Georg Maaßen, the head of the Federal Office for the Protection of the Constitution, told the newspaper Welt am Sonntag.

Maaßen said it was his job to regain that trust, but he also defended officials.

“Unfortunately public criticism of constitutional protection doesn’t take into consideration that without the good work in the last 10 years in Germany of those protecting the constitution there would have been terrorist attacks that surely would have cost people their lives,” he said.

He mentioned several steps officials have taken, including the establishment last December of a cooperative centre to protect against right extremists and the opening in September of a radical right database.

The comments come a year after a neo-Nazi terrorist gang likely behind a seven-year murder spree targeting immigrants was uncovered. While Germany has sought to mend security flaws, trauma still reverberates.

Feelings of shock and anger ran deep in Germany after details began to emerge on November 4 last year of the cold-blooded killings of nine men of Turkish and Greek origin and a policewoman between 2000 and 2007.

With a Turkish community of around three million people, Germany was jolted into an all-out security reform, especially of its domestic intelligence service, which came under fire for a botched probe that led to top-flight resignations.

Authorities have faced intense pressure to explain how the extremist gang was able to operate with impunity for 11 years, particularly as domestic intelligence services had informants close to the trio themselves.

Kenan Kolat, president of the Turkish Community of Germany, has said that one year on from the discovery of the extremist cell, he is “very disappointed” and “bitter” about the government’s response.

“The political class doesn’t want to recognise that there is an enormous problem of racism in Germany,” he told reporters this week, saying more lessons needed to be drawn from the affair.

He called for a broad social debate on what he termed “institutional racism”.

The neo-Nazi gang calling itself the National Socialist Underground (NSU) only came to light when two members, Uwe Böhnhardt, 34, and Uwe Mundlos, 38,

were found dead in an apparent suicide pact and a now 37-year-old woman Beate Zschäpe turned herself in.

She is still being held in custody and is expected to be charged with murder soon. Around 10 people are suspected of links to the trio. While a network of supporters spread across the country seems to have been proven, their multiple links to security services who failed to act on intelligence has kept a parliamentary investigative commission busy.

Head of that commission Sebastian Edathy, has highlighted “a mentality problem within the security services”, including the police, and suggested more rigorous recruitment of officials.

Its hotly anticipated report is expected by the end of the year.

Leading investigators into the murders initially assumed that criminal elements from the Turkish community were behind the rash of killings. Suspicion also fell on the victims’ relatives, a point Chancellor Angela Merkel called “particularly tormenting” at a memorial service in February.

The killings were “a disgrace for our country”, Merkel said, vowing to do everything possible to shed light on them and bring those responsible and their supporters to justice.

In July, the head of the domestic intelligence agency, Heinz Fromm, stepped down after it emerged that the agency had destroyed files with information about the extremist group several days after the NSU came to light.

“We have to repair the security apparatus to restore confidence. Personnel changes will not be enough,” Justice Minister Sabine Leutheusser-Schnarrenberger said, quoted on Thursday by the Passauer Neue Presse newspaper.

The scandal claimed two other top officials in quick succession – the head of the secret service bureau in the eastern state of Saxony resigned, while the leader of Thuringia state’s bureau was dismissed.

“We were promised a lot, also by Chancellor Merkel. Then we heard that files were destroyed and we have the feeling that we’re not getting any closer to the bottom of this,” Gamze Kubasik, whose father Mehmet was killed in 2006, told Friday’s Tagesspiegel newspaper.

“We feel deceived and I am angry and sad.”