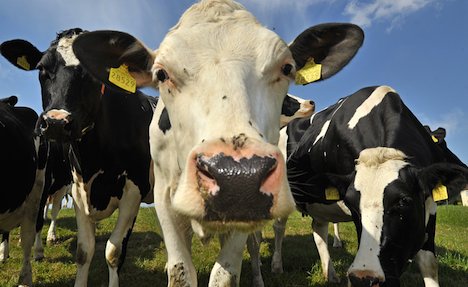 Discount supermarket retailer Aldi Süd said on Friday that it would increase its price for milk by about 9 cents per litre.

The other major German supermarket chains, including Edeka and Rewe, were expected to follow suit and to match the products in their lowest price categories to the Aldi prices. Lidl said it would stay in line with the market, and thus raise prices.

Prices for other dairy staples have also been rising recently. The price for butter went up twice over the past two months, making it almost 25 percent more expensive than earlier this year.

Industry experts said the price increases were caused by a higher demand for dairy products abroad, giving dairies more bargaining power in their negotiations with retailers.

Aldi Süd also decided on Friday to raise the prices on other as-yet unidentified unnamed dairy products, citing “developments in the market and rising commodity prices.”

Producers say the rising prices are a step in the right direction and reflect increased production costs associated with energy and animal feed. Dairy farmers did not succeed, however, in their push to raise the price of a litre of milk by 15 cents.

Aldi Nord, the sister supermarket chain to Aldi Süd, did not issue a statement on prices on Friday. The companies traditionally are in step when it comes to prices. At one Aldi Nord branch in Münster on Friday, higher prices for milk and apple juice were reportedly already in effect.