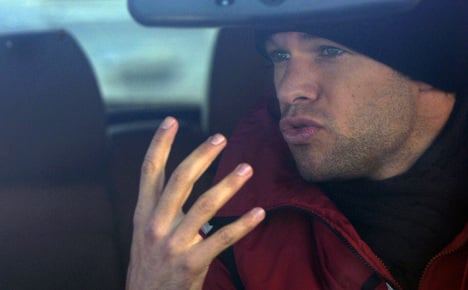 International media reported the plea, which attracted widespread derision as Ballack, who announced his retirement last month, had earned millions while playing for huge clubs such as Chelsea and Bayern Munich.

The German former star was caught in a speed trap two weeks ago driving 211 kmh near the small town of Trujillo – where the speed limit was 120 kmh.

Prosecutors had called for him to lose his driving license for two-and-a-half years and to pay a fine of nearly €10,000.

Ballack was not at the hearing where attorney Jesus Gallego Rol spoke on his behalf. He argued that because his client usually drove in Germany where there were no speed limits on motorways, he should not be punished for breaking the Spanish speed limit.

Further, he said that because Ballack was unemployed, should he be fined, he should only pay the minimum, which would work out to around €1,000.

The footballer was furious at his representation, and on Thursday night sacked Rol.

“The Spanish defence lawyer who I only allowed to go to court because he was assigned to me on the morning before the first hearing, had no instruction from me to argue in such a nonsensical fashion as he obviously did,” he said in a statement.

“I have therefore released him from representing me with immediate effect. Of course, I respect Spanish law, the Spanish court and its verdict.”