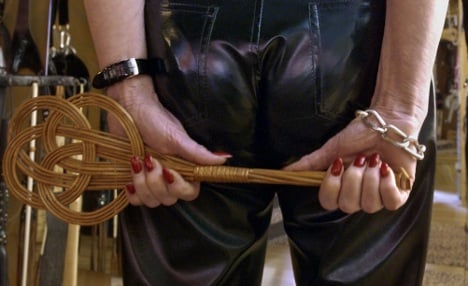 Plaintiff Michael K. is suing a man calling himself Lady Gina for bodily harm and sexual coercion after their appointment in December 2011 left both of them confused and angry, the Bild newspaper reported on Tuesday.

“In our internet chat, Lady Gina assured me that she was absolutely real and of course she was a woman,” the 30-year-old told the court, describing the unfortunate encounter in Könnern, Saxony-Anhalt.

“When I arrived, a man opened the door. I was held, pushed down the stairs, and was going to be locked in the cellar.”

Instead, Michael K. managed to escape into a nearby kebab shop, owned by Mehmet Solar, who recalled, “I was just about to close up, and he came in wearing a torn T-shirt and his trousers round his knees. He asked me to call the police.”

The Bild sent a reporter to the flat in question, where a “weedy man with glasses” answered the door. The 50-year-old Uwe B. said he was surprised that the affair had ended up in court.

“The trial is a shock for me,” he said. “It didn’t happen like that at all. The claimant knew what to expect.”

His lawyer Christian Stünkel told the paper, “My client does not deny the events. But the holding was part of the game that they had agreed upon in advance.”