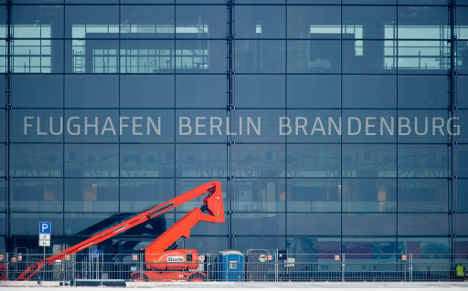 Germany was gearing up for a high-profile opening of the BER airport in June, with invitations sent and posters already plastering the capital, when officials admitted it was going to be late. A new opening date of October 27, 2013 has been set but some remain concerned this may also be missed.

The investigation is likely to take even longer, with a report expected towards the end of 2013 or even early 2014.

Martin Delius, a member of the Pirate Party, is chairing the committee set up by the Berlin state legislature. He has promised to look into the history of the giant project as well as the problems and the runaway costs, which are now expected to reach at least €4.3 billion.

The new airport, which sits adjacent to the existing Schönefeld Airport southeast of Berlin, was designed with the goal of consolidating all of Berlin’s air traffic at one location, eliminating the need for what had been three airports in the capital: Tempelhof, which has since been closed, Tegel, in northwest Berlin, and Schönefeld, the former East Berlin airport.

The project, which is operated as a joint venture by the states of Berlin, Brandenburg, and the federal government, has been delayed three times.

Its planning, which dates back more than 15 years, has come under scrutiny in the past. A citizens’ movement has formed in several suburban areas spawning protests after residents said the airport misled them regarding flight paths.

Those flight paths and why the airport location was chosen in the first place will be topics that the investigative committee will also take up, the Berliner Zeitung newspaper said on Friday. “It was going to be planned come hell or high water,” committee head Delius, 28, told the paper.

The committee, which is scheduled to meet every two weeks, will be able to review documents containing confidential business information or protected data, but will not be able to discuss that information in public hearings, the paper reported.

The airport was originally supposed to open in October 2011, but that date was pushed back to June 3, 2012. Shortly before that opening, to the surprise of many, including the country’s second larget airline Air Berlin, which is planning to use the facility as a new hub, officials had to cancel their plans because of problems with the fire safety systems.

The project’s architects have been ousted as has the chief planner, Manfred Körtgen. The airport company has also sued the architects of the airport, claiming they had been failing to fulfil their responsibilities for years, the Berlin daily Der Tagesspiegel reported.