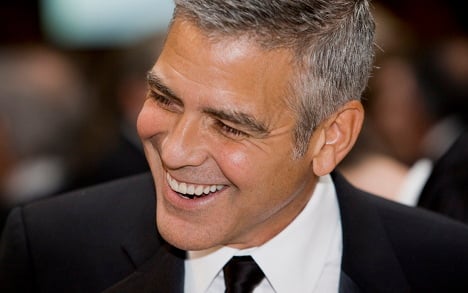 Not everyone can be as naturally gorgeous as George. Photo: DPA

In 2007 men accounted for just 10 percent of Germans choosing surgical procedures for cosmetic reasons. But as men have become “more sensitive towards how they, and their bodies, look,” this figure has increased notably, said GÄCD president Matthias Gensior.

Information revealed at the association’s annual meeting on Thursday near Freiburg showed that treatments popular among men in 2011 were eye-lifts, nose-jobs and laser tattoo removal.

Women seemed to favour surgery on their lips, ears and breasts, as well as liposuction. Removing wrinkles was equally popular for both sexes.

“The desire to look good is as old as the human race,” said conference leader Frank Muggenthaler. Men were, he added, “acting on this desire more than they used to.”

This could be because the idea of men undergoing cosmetic surgery is becoming more socially acceptable, he said.

The GÄCD represents 450 doctors in Germany who specialise in aesthetic procedures. Not all of these are strictly cosmetic surgeons.