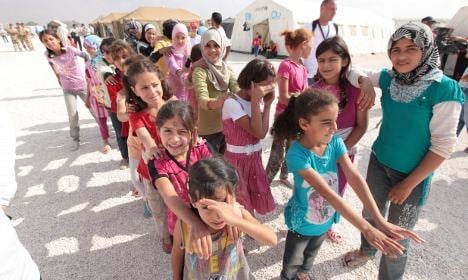 “Germany is ready in principle to welcome Syrian refugees,” he told the Rheinische Post newspaper.

But he called for a coordinated plan to be put in place with the United Nations, the European Union and refugee aid groups.

Turkey, which is coping with an influx of over 100,000 refugees from Syria, has been urging Europe to do more to help.

On Monday, the European Union said it would continue assisting Ankara but made no offer to take refugees in.

In the interview with the Rheinische Post, Westerwelle noted that the “majority of the refugees want to remain in the region (around Syria), so as to be able to return immediately to their country once circumstances allow them to.”

Germany was therefore putting the focus at the moment on humanitarian aid on site, he said.

The United Nations estimates that more than 2.5 million people have been affected by the fighting. There are more than 348,000 Syrian refugees registered in neighbouring countries, but many more are unregistered.